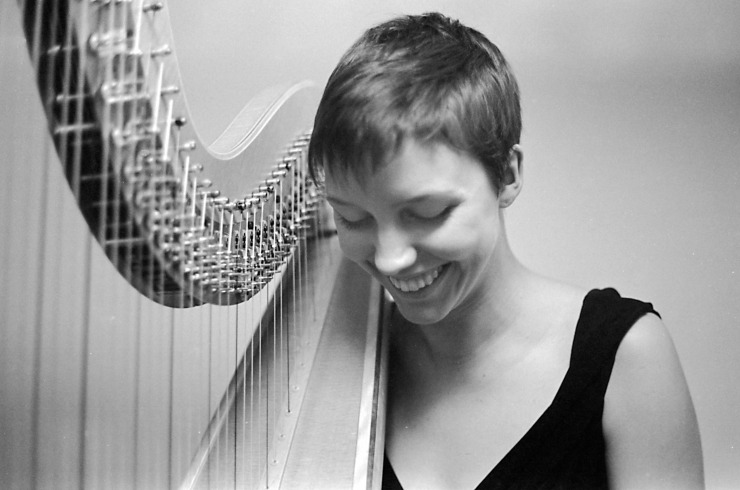 Melina van Leeuwen organised her first harp lesson herself at the age of six and has been a committed harp player ever since. At the Victorian College of the Arts Secondary School (VCASS) in Melbourne, she participated with great distinction in both the specialist music program and normal academic studies. At seventeen she gave her first concerto performance, Claude Debussy’s sumptuous two-movement Danses Sacrée et Profane, conducted by Marco van Pagee with the VCASS string orchestra, which was broadcast as a part of the Australian Broadcasting Commission’s ‘Young Australia’ Series.

Melina is familiar with a broad range of music genres, and has played with chamber ensembles as well as orchestras from Melbourne University, Victorian College of the Arts, and Melbourne Youth Music. She has been selected as a member of the Australian Youth Orchestra National Music Camp program for last two consecutive years.

In 2010, at the completion of her high school education, Melina was awarded the Margaret Schofield Memorial Scholarship for the most promising young musician and was selected to perform in the VCAA Top Class season in the Melbourne Recital Centre as a soloist. Melina is also a 2010 recipient of a National Undergraduate Scholarship at the Australian National University, where she is currently studying a Bachelor of Music under the tutelage of Alice Giles, Australian harpist of international fame.