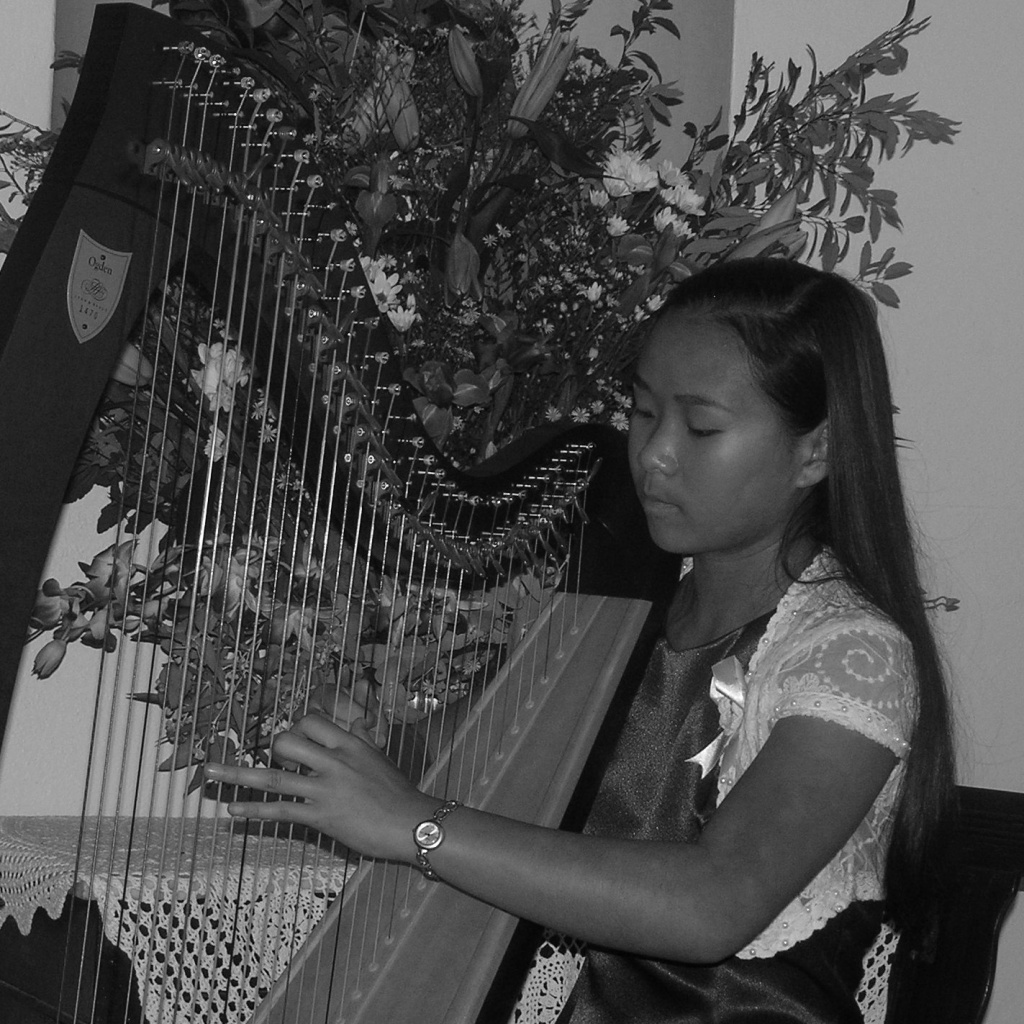 Esther Wong began her music studies on the piano when she was four years old, and before long extended her musical abilities to include the violin, recorder and harp. At the ages of seven and nine, she was chosen to perform as a piano soloist in the Sydney Opera House Concert Hall. At age eleven, she won the Australian National Eisteddfod’s NCO Concerto Competition and performed as a soloist with the National Capital Orchestra. A year and a half later, she was awarded the AMusA diploma with distinction in recorder, and was a soloist in the AMEB Graduation ceremony. Esther has also been awarded the AMusA diploma with distinction in piano. Esther studies harp under world-renowned harpist Alice Giles, performing regularly at functions, weddings, and concerts.

Esther has completed her Grade 5 AMEB in harp. Although still only young, Esther Wong has demonstrated an exceptional and solid understanding of harp technique, with a rapid assimilation of all that is needed to pass on the basics. She is eminently qualified to teach levels of beginner up to and including Grade 3 AMEB harp. Her addition to the Harp Centre teacher roster is a great asset to harp teaching in regional NSW